Collaborating towards sustainability goals – and navigating antitrust risk across regions

With COP27 in Egypt now taking place, we’re focusing on one of the four key themes of the Egyptian presidency, “collaboration”, and specifically where we stand on the global debate about the role of antitrust in both policing and enabling competitor collaborations that pursue sustainability objectives. Arguably, an international consensus on these issues is long overdue.

Capital markets, customers, employees and wider society increasingly expect businesses to take voluntary measures to promote sustainability goals, relating not only to environmental considerations but also global enforcement of human rights, minimum labour standards and other social issues. While many companies plan and implement sustainability-led initiatives of this kind by themselves, it is easy to envisage scenarios in which more could be achieved, and more quickly, through industry-wide collaboration, or – on the flip side – scenarios in which a business acting alone (and being the first to do so) could be placed at a competitive disadvantage.

Of course, as is always the case for rivals seeking to collaborate with one another, it is important to avoid falling foul of antitrust rules. As the European Commission’s 2021 Car Emissions infringement decision showed, the line between permissible interactions and anticompetitive interactions will not always be clear cut and enforcers are increasingly focused on protecting assumed competition in innovation (with this trend affecting not only horizontal collaboration but also regulatory reviews e.g. in the M&A context).

Against this broader backdrop, a number of authorities and policy makers around the world are keen to avoid antitrust rules being seen as an obstacle to companies meeting sustainability targets and, in recent years, have begun to look at whether any changes are needed to traditional rules to help facilitate legitimate competitor collaborations that pursue sustainability objectives. But there remains a lack of clarity and international consensus on some key issues which are central to any antitrust risk assessment:

We’ve outlined below the most significant developments in Europe, Asia and the US and the implications for regulatory risk for businesses seeking to collaborate with others to meet sustainability goals.

The latest in Europe

A number of European authorities are signalling an open and positive view to sustainability related collaborations between competitors, but have lamented the lack of real-life examples that have been put to them demonstrating the need for bespoke antitrust rules and guidance on sustainability agreements. This recently prompted Olivier Guersent, the Director General of DG Comp, to observe that the supposed friction between antitrust rules and sustainability objectives might not be such a problem in real life. It has also led most authorities so far to take the view that no real changes to antitrust laws are needed but that a combination of:

should be sufficient to give businesses the certainty they need.

The notable exceptions are the Austrian legislator, which has amended its antitrust laws and provided the basis for the antitrust authority to include (on a larger scale) sustainability-related considerations in the assessment of cooperation agreements between companies, and the Netherlands, where the authority itself has committed to re-interpreting the existing antitrust laws granting more leeway for sustainability-related cooperation agreements (see here).

Businesses have broadly welcomed the guidance (or drafts for consultation) published by several European antitrust authorities, including the European Commission and the Dutch, German, Greek and UK authorities– (see our earlier blogs – here, here and here). However, as noted above, there remains a lack of clarity and potential for divergent views on some important questions and it is unclear whether or when a consensus will emerge. The European Commission is currently consulting on an extension to the horizontal block exemption regulations which could see its final guidelines delayed until June 2023.

Some authorities are also publishing details of individual cases which provide some insight into how they approach the assessment – a number of which revolve around supply chain initiatives. However, the small handful of cases that authorities have given their blessings to so far have tended to involve agreements which pursued sustainable outcomes but which, on the facts did not give rise to significant anticompetitive effects (or even touch upon competition parameters). They have not so far involved anticompetitive agreements which were deemed to be capable of exemption on the basis of their sustainable outcomes. Authorities are also tending to merely tolerate certain projects within the scope of their powers of discretion, rather than taking a genuine and formal (exemption) decision.

In one of those cases, the German authority recently raised no objections to an initiative that involved retailers agreeing to a voluntary commitment to set common standards for wages in the banana sector in Ecuador and to increase sales of bananas produced in line with the standards. Key considerations for the authority included that commercially sensitive information was not exchanged, the initiative only related to a fairly small part of the overall German banana market and minimum prices or surcharges were not set at any point in the supply chain.

The Dutch authority has also recently cleared a joint commercialisation agreement between Shell and TotalEnergies where the companies collaborate in building new storage CO2 facilities and jointly set the price for the first 20% of capacity. In reaching its decision, the Dutch competition authority, the Autoriteit Consument & Markt (ACM), emphasized that a new market for CO2 storage would be created by the initiative, and that the launch phase will be followed by a large-scale commercial phase which other companies can participate in. The ACM therefore concluded that the sustainability benefits for customers and society as a whole exceeded the costs of the restriction of competition.

More clarity on enforcement risk in Europe should be expected as:

Rising up the agenda in APAC

Heading to the APAC region, the competition law regimes in some jurisdictions already allow the antitrust authority to authorise otherwise problematic collaborative efforts pursuing sustainability aims if they are in the public interest (e.g. Australia and New Zealand) or to exempt such efforts absent a significant impact on competition and provided consumers benefit (e.g. China).

In some jurisdictions, authorities are assessing how competition law can promote the government’s stated sustainability objectives and/or working towards the introduction of antitrust guidelines that will inform the authority’s approach to sustainability related agreements.

For example, in Japan, the Japan Fair Trade Commission (JFTC) has recently announced plans to draft a set of guidelines to assist companies wishing to collaborate on sustainability related agreements. Announcing the plans, the JFTC’s Secretary General, Wataru Kobayashi, gave sector-wide joint development projects and collective boycotts as examples of the types of agreements the guidance would cover. Like many other countries, the Japanese government, especially the Economic Ministry (the METI) considers that the “sustainability industry” is one of the areas of core growth potential in the coming decades. Indeed, there have been various new projects announced by groups of companies, often all key players in the same industry gathering together, to collaborate or create joint ventures in the area of clean technology, recycling, bio products etc.

The METI has been holding various expert meetings for the last few years to discuss the need for special loopholes to merger reviews for policy reasons as well as clearer rules for competitor collaboration to activate more joint projects in the sustainability industry. The new JFTC’s initiative is, on the one hand, following the METI’s efforts but, on the other hand, trying to clarify when and what types of collaboration may be permissible if they are pursuing a sustainability objective. It’s worth noting however that the JFTC’s announcement referred to some examples of collusion in the area of environmental technologies, by using the word “greenwash”, which demonstrates their intention to treat this new area as an enforcement target as well.

In Singapore, the Competition and Consumer Commission of Singapore (CCCS) is evaluating how competition law can support the Singapore government’s priorities around environmental sustainability. The NUS Business School’s Centre for Governance and Sustainability was recently awarded a research grant to examine best practices in online marketing and greenwashing in Singapore. The CCCS also recently co-hosted an economics roundtable to assess the interface between, among other things, competition law and sustainability and has been advising various agencies on sustainability-related issues.

In other jurisdictions, broad policy statements, strategic plans or investigations highlight the role competition law could play in the future in terms of driving sustainability agendas (e.g. Australia, Indonesia, Korea and Malaysia).

Authorities in Asia are clearly watching developments in Europe closely, but with different legal regimes and policy priorities, it should not be assumed that they will follow the same approach.  In contrast to the US and Europe, many Asian jurisdictions still do not have official guidelines setting out how competitor collaborations should be assessed under the applicable competition rules, and there is very little visibility regarding how and where regulators would draw a line, especially given inconsistent outcomes both in terms of procedure and substantive assessment. Due to difficulties predicting clear enforcement criteria, many companies and advisers will often rely on the European Commission’s guidelines to self-assess the competition law risk associated with collaboration projects in Asia.

A different risk landscape in the US

While companies in the US have similarly shown an appetite to engage in sustainability related collaboration, the regulatory climate on the antitrust front is quite different. US antitrust law prohibits competitor agreements and collaborations that reduce competition and injure consumers, and the benign motivation or presumptive social and environmental benefits underlying such collaborations will not shield participants from antitrust scrutiny.

The authority to enforce US antitrust law rests with the Department of Justice (DOJ), the Federal Trade Commission (FTC), individual states, and private plaintiffs. Under the Biden administration, federal antitrust authorities have not publicly targeted sustainability initiatives, despite an otherwise aggressive enforcement agenda. Nevertheless, the DOJ/FTC have indicated that (unlike their European counterparts) there will not be exemptions or carve-outs for sustainability-related collaborations – which will continue to be viewed as an element of competition tied to quality and innovation.

State Attorneys General in the US also have the ability to enforce both federal and state antitrust laws, and many Attorneys General have announced antitrust inquiries targeted at ESG-related efforts. In March 2022, Arizona Attorney General Mark Brnovich announced an investigation into whether financial institutions’ collaborative efforts to reduce greenhouse gas emissions from investments in coal and natural gas constitute unlawful market allocation, labelling such initiatives as the “biggest antitrust violation in history.” Indeed, 19 other State Attorneys General have claimed that coordinated efforts by financial institutions to impose net-zero requirements on energy companies raise antitrust concerns such as group boycotts and restraints on trade in the energy markets.

In the absence of clear guidance and potentially diverging regulatory approaches around the globe, businesses will have to find customised solutions to navigate potentially diverging enforcement climates, particularly for those collaborations which may give rise to competitive effects in several jurisdictions.

A careful assessment in each case is needed of:

A regulatory strategy should be developed which identifies all key stakeholders (including antitrust authorities who may have an interest in the arrangement and potential complainants) and addresses the risk of enforcement action and/or litigation in each relevant jurisdiction. In such a rapidly developing area, this requires a close understanding of shifting rules and policies around the world and an integrated approach to antitrust risk mitigation and stakeholder engagement from the outset.

As discussions during and in the build-up to COP27 have highlighted, the transition to net zero will require cross-border collaboration not only at the state but also at the enterprise level, including not only frameworks for effective collaboration but also, for example, sufficient public funding. Clear and, where possible, harmonised competition rules will facilitate collaboration at the enterprise level by giving companies, who may be wary of the risk of public and private competition law enforcement, the legal certainty they need when deciding whether and, if so, how to collaborate with their rivals.

For more details on any of these developments and how they might apply to your sustainability initiatives, please get in touch. 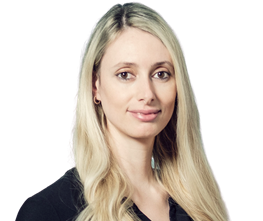 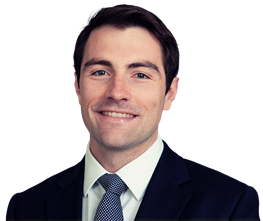 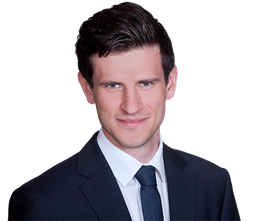