Resolving remaining COVID-19 commercial rent debts – who pays and how much?

In June this year the government announced that new rules would be introduced to ring-fence COVID-19 commercial rent arrears and to introduce a binding arbitration process to resolve disputes where agreement cannot be reached. This was followed up by a more detailed policy statement in August. Then, after much anticipation, on 9 November BEIS issued:

To provide the time to introduce and pass legislation, the current moratorium on forfeiture and restrictions on the use of the Commercial Rent Arrears Recovery (CRAR) regime remain in place until 25 March 2022 (being the anticipated date that the Bill will come into force), unless legislation is passed ahead of this.

The government’s intention is that, where possible, rent debt accrued as a result of the pandemic should not force an otherwise viable business to cease operating. We consider the viability assessment in more detail below.

The purpose of the Bill

The stated aim of the Bill is to support the resolution of commercial rent debt accrued during the COVID-19 pandemic. Once the Bill becomes law, it will introduce a system of legally binding arbitration for England and Wales. It is currently expected to come into force from 25 March 2022. The Bill will apply in respect of:

The ring-fenced period is from 21 March 2020 until the last date restrictions were removed from the relevant business tenant’s sector. So that will be until the earlier of (a) 18 July 2021 and (b) the last day on which the relevant tenant’s business was subject to restrictions. This will vary from sector to sector, a full list of dates is set out in Annex A of the new Code.

The detail of the new arbitration process is covered below. Other key points to note from the Bill include:

The new Code of Practice

The new Code is intended to govern negotiations between landlords and tenants pending the draft Bill coming into force and to provide a framework for the new arbitration process once the legislation is passed, to be read alongside the key provisions in the Bill. The Code applies to all commercial leases held by businesses which have built up rent arrears due to an inability to pay, as a result of the impact of the pandemic. It is not binding but parties are strongly encouraged to adhere to it. The hope is that the Code will encourage outstanding debts to be settled before the arbitration process comes into force; arbitration is seen as a last resort.

Headline points from the new Code:

The binding arbitration process – how will it work?

It is also worth noting that the new arbitration process cannot be used where the tenant that owes a protected rent debt is subject to, in respect of the protected rent debt, (i) an approved CVA; (ii) an individual voluntary arrangement or (iii) a sanctioned compromise or arrangement. Tenants that have entered the arbitration system may not include the ring-fenced rent debt in any CVA, restructuring plan or scheme of arrangement after an arbitrator is appointed and for a period of 12 months, beginning when the arbitration settlement is awarded.

For those landlords and tenants who have not yet been able to reach agreement in relation to COVID-19 related arrears the prospect of binding arbitration will no doubt encourage the parties to try and reach agreement before the Bill becomes law. As will the immediate introduction from 10 November of protection for tenants from landlord debt claims for rent arrears. So it remains to be seen how broadly the legislation will apply once it comes into force – the incentive is there to reach agreement (so far as possible) in advance.

The arbitration process depends on the arbitrator making an assessment of the viability of the tenant’s business – if the arbitrator doesn’t consider that there is a viable business then it must dismiss the reference for arbitration. This is because the whole intention behind the legislation is that, where possible, rent debt accrued as a result of the pandemic should not force an otherwise viable business to cease operating. Much will depend on the arbitrator’s view. And if the arbitrator determines that the tenant’s business is not viable where does this leave the tenant? There is no detail in the Bill of any right to appeal either a decision that a business is not viable, or an award.

Questions also still remain regarding precisely what information the arbitrator will take into account – for example will previous offers made and the stance taken by each party in relation to negotiations be considered?

Whilst reactions to the detail may be mixed, the draft legislation is broadly what we were led to expect and it introduces a timeline to finally draw a line under the resolution of remaining COVID-19 commercial rent debts. This will be welcomed by the majority, even if the content of any individual arbitration award is not! 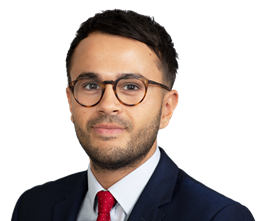