Spend for today or save for tomorrow: a dilemma faced by everyone apart from, it seems, the governments of developed countries battling the coronavirus. For wealthy nations, the debt being accumulated in the fight against COVID-19 doesn’t necessarily need to be countered by spending cuts or higher taxes. If policymakers hold their nerve, low interest rates and economic growth will come to the rescue.

That was the upbeat message from the experts who joined the third in our ‘Beyond the Pandemic’ digital debate series. Lord Mervyn King (former Governor of the Bank of England); Sir Terry Leahy (former CEO of the UK’s biggest retailer, Tesco); and Freshfields Partner Georgia Dawson took us on a tour around how COVID-19 will reshape the complex relationship between states and business.

Like many conversations on life after the coronavirus, we began with an assessment of the pandemic’s economic impact. For our panellists, the shape of the recovery will depend on how quickly people are prepared to go back to work. This is not about office staff who can operate remotely, but the vast numbers of people who need to be on-site in order to be productive. In this respect, the huge sums being spent on furloughing workers are easily justifiable as transfer payments from taxpayers to businesses. The real cost to the economy will be in the level of scarring that’s left behind: lost GDP, incomes and jobs that will not return immediately once the outbreak has passed.

As to who is going to pay for all this spending, the answer could be no one (or, from another perspective, all of us). Assuming economies recover their pre-COVID levels of output and eventually move into positive territory, at current borrowing rates, the ratio of national debt to GDP will fall over time without the need for further interventions. In a wide-ranging discussion, our panel discussed debt, dividends and the prospects for increased regulatory intervention in a post-COVID world. Here are the key takeaways.

The current downturn is unlike previous recessions in that it’s not based on decisions by businesses and consumers to stop spending – this is a government- mandated shutdown. The market economy has been artificially frozen. The speed of any recovery will depend on how quickly individuals are prepared to go back to work, and from there how willing they are to spend. Past data is not much help in predicting the future as we’ve never seen anything like this before.

Having said this, any bounceback is unlikely to mirror the speed at which the global economy was put into hibernation. Even if governments lifted all restrictions tomorrow, the idea that people will immediately resume their past lives is unrealistic. It’s also doubtful whether we’d want to return to exactly how things were before, given that we’ve discovered new (and better) ways of doing things through the pandemic.

The strategy of trying to protect businesses and jobs through state financial support and furlough schemes is the right one. Having frozen the economy, it would have made no sense for governments to then allow the normal functions of the market to decide which businesses succeeded and which failed. Governments have a responsibility to keep all businesses going, no matter how big or small, and only when the pandemic is over should the market be rebooted in full. The crisis will ‘bend the future out of shape’ by rapidly accelerating trends that were already in play such as technological transformation. Higher unemployment and large numbers of bankruptcies could lie on the path towards a more productive future.

WATCH Sir Terry Leahy on how COVID-19 has accelerated the forces of ‘creative destruction’:

Before COVID-19 we didn’t have an unemployment problem, but we will have one now. We did, however, have a debt problem in the world as a whole – the ratio of debt to GDP prior to the pandemic was higher than it was in 2007, and will be higher still when the pandemic has passed. We ought therefore to be worried about the number of defaults and debt reschedulings that will arise further down the line.

The ability of governments in advanced economies to pay for the borrowing they are incurring is not a cause for concern. Britain, for example, emerged from World War II with a debt-to-GDP ratio of 250 per cent, and won’t get anywhere near that figure this time around. National debt is there to be expanded in times of crisis, and Western governments can borrow at long-term interest rates that should be below the rate of growth in their economies. As a result, debt will shrink as a proportion of GDP over time without the need to raise taxes. Having said this, other countries won’t be so fortunate – even members of the G20 such as Turkey, South Africa, Mexico, Brazil and Argentina may struggle.

It will be important that monetary authorities continue to set policy independent of political decision-making. If central banks, for example, simply agree to print money to cover any level of state borrowing, it would represent a transfer of power to politicians. From there a lot would depend on whether people had the confidence that those same authorities would also raise interest rates to whatever level was required to counteract the resulting inflation. The only immediate inflationary risk the panel could see was this challenge to independence. We also have to accept that central banks have a part to play in times of crisis, but they cannot be the sole answer to all interruptions to
long-run economic growth.

WATCH Lord King on why political independence is critical for monetary authorities:

For business leaders, there is no mileage in pretending to know any better than anyone else what the outcome of the crisis will be, and indeed any attempt to do so is likely to undermine credibility. All leaders can do is to focus on operations, keep people motivated, make sure their business is well financed and ensure that everyone is realistic about its current position and
its prospects.

WATCH Sir Terry Leahy on the challenges facing business leaders during a crisis:

For the most part, businesses have responded well through the pandemic: they have been pragmatic, fast-moving and innovative. With some exceptions, the companies struggling now tend to be those that were in trouble on the way in.

There have been moves by governments to restrict dividends among businesses that have accessed state financial support. Companies themselves are sensible and will do everything possible to ensure they are properly financed until they can see what kind of market will emerge on the other side. It remains to be seen whether the level of government and societal support currently being extended to companies causes a longer-term rethink on how the proceeds of business should be shared. It’s possible that society may decide that business needs to do more to ‘earn its living’ before distributing large sums to shareholders and executives.

However, there is a flipside to this sentiment. Pandemics aren’t predictable but economies and businesses can be made more robust to combat them. For businesses, it’s not enough simply to be efficient and profitable in normal times. They also need to be able to survive if something drastic happens. The crisis has shown that equity is a more resilient – and less risky – way of financing business than debt. If we are to encourage a shift away from debt and towards equity, it doesn’t make sense to tax equity disproportionately or to impose restrictions on dividend payments.

WATCH Lord King on what the pandemic has taught us about corporate financing:

After COVID we are likely to see greater focus on building strategic pockets of capacity – for example in vaccine production. But global supply chains – for example in the food sector – have proven to be pretty resilient through the crisis.

There will be regulatory change – and tougher enforcement – in some areas as a result of COVID-19, but it will not be a carbon copy of what happened in 2008. Then, governments and regulators focused on the causes of the financial crisis and how to guard against a repeat. Now, the focus is likely to be on how companies have responded to the pandemic. Governments and regulators face the challenge of addressing misconduct when they see it – and levying appropriate fines – but balancing this against the need for businesses to rebuild and for economies to restart. That tension will play out differently across the world.

Regulators had agendas going into the crisis and they will want to get them back on track. They’ll want to be seen to be protecting consumers, businesses and national economies, so we can expect greater scrutiny and potentially some regulatory change around things such as data privacy, tax, misconduct (from bribery through to selling practices) and ESG performance. For a short period, businesses may be cut some slack, but the enforcement actions will follow. Companies that have taken advantage of government relief may also find themselves held to a higher standard in the future, for example via codes of conduct around the way they treat their employees, their compliance with regulation more generally or the way they choose to structure their taxes.

WATCH Georgia Dawson on where the regulatory spotlight could fall next:

COVID-19 could represent a tipping point in the fight against climate change. We have seen EU policymakers, for example, pledging to use the
long-term response to COVID to drive forward the green agenda. However, it will be important to see whether member states link the conditionality of the next wave of state aid-funded recapitalisations to these broader policy goals, or whether sustainability considerations are put to one side in the bid to get economies back on track.

To rewatch the discussion in full, click the video below: 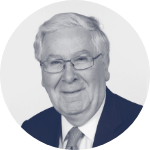 Lord Mervyn King
Mervyn is a former Governor of the Bank of England and co-author of the excellent new book Radical uncertainty: decision-making for an unknowable future. After leaving Threadneedle Street in 2013, Lord King was jointly appointed as a professor of economics and law at NYU’s Stern School of Business and School of Law. 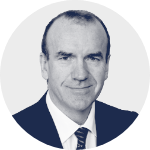 Sir Terry Leahy
Terry is a former CEO of Tesco, the biggest retailer in Britain and third largest in the world. Sir Terry held the CEO’s role from 1997 to 2010, during which time Tesco’s UK market share increased by 50 per cent. Georgia Dawson
Georgia is a disputes, litigation and investigations partner who leads Freshfields’ Asia practice. Georgia advises clients in a range of sectors on regulatory investigations, corporate crises and other contentious matters.