The importance of belonging

After building a 'solid foundation' of knowledge at Freshfields, Fiona Dormandy (nee Russell) began her in-house career with the collective experience of the alumni network at her fingertips.

Now EMEA general counsel at Airbnb, Fiona’s first foray into the corporate world of a City firm was in 1995 when she spent three weeks with Freshfields as a summer associate. Three years later she returned as a trainee, qualifying into the firm’s corporate practice.

Tell us a little about your time at Freshfields

I joined as a trainee in 1998. My first seat was in project finance and the first partner I worked for was Nick Bliss. After that, I completed seats in competition, litigation and corporate before going to Milan in December 1999. I stayed there until I qualified into what was then Will Lawes’ corporate team. I sat with Julian Makin, who was just about to be made partner, and we worked on an IPO under the name ‘Project Silver’. It’s funny the details you remember.

What did you enjoy about the corporate practice?

I enjoyed working on IPOs mainly because I enjoyed getting to understand the businesses of the companies we were floating.

I should also give some credit to Julian Pritchard who dragged me into a niche part of a large scale de-merger that I’d successfully avoided for about a year. He asked me to focus on the accuracy of the non-financial operating data (such as revenue per user, cost of acquisition) in the numerous public documents that were required as part of the deal.

At the time I didn’t appreciate what I was learning but having had this experience, I was well prepared when I moved in-house to understand what drives growth in many consumer-facing technology businesses.

What made you decide to become an in-house lawyer?

After two years, Tim Jones approached me and asked if I would be interested in a secondment to the European regulatory legal team at Goldman Sachs, which was hard to turn down.

I enjoyed being closer to the client and to business objectives and that opened my eyes to becoming an in-house lawyer. I joined Sky in May 2003 and pretty much 10 years from that day I got my first general counsel (GC) job.

From Sky, you moved to Betfair. How was that?

It was great because Betfair was a pioneering player in online sports betting having invented the concept of a betting exchange.

At the time it was still privately owned and just emerging from start-up mode. Freshfields had been retained as the company’s corporate lawyers in anticipation of an IPO that in fact took four years to materialise. That was when my relationship with the firm as a client started and I found my network to be enormously helpful.

My role initially was to look at the laws as they applied to online gambling and our global business outside of the UK. This was 2006 and there were virtually no laws that catered for online operators in the gambling sector, let alone a niche product like a betting exchange.

It was difficult to try and work out what laws should apply to what we were trying to do but the penalties for getting it wrong were increasingly severe. I had to form a view on about 60 jurisdictions in a very short timeframe. I was fortunate that Patrick Doris, a senior associate at the time (now an alumnus), joined me for a few months as a secondee. It was great to work alongside someone who I knew I could trust to do a real quality job.

Did you work with anyone else from Freshfields?

Yes, I had a fantastic working relationship with Luca Ulissi in the Rome office. He and I worked closely on the legislation that eventually regulated betting exchanges in Italy and simultaneously added four per cent to the company’s share price.

Another is another partner I worked with is Juliane Hilf, who has provided tremendous support to Betfair over the years. Likewise with Onno Brouwer in Amsterdam. He played a key part in our strategy in the Netherlands and beyond, and represented Betfair before the European Court of Justice in Luxembourg.

Martin Taylor led the team on Betfair’s IPO while Oliver Lazenby played a key role in supporting the executive through the merger with Paddy Power, which propelled the combined group into the FTSE 100.

Do you still see anyone from the firm?

Well, I had dinner with Florence Brockelsby (formerly Florence Campbell) recently and James Aitken is a great friend of mine. In fact, I knew him before joining Freshfields and I was not at all surprised when the firm made him a partner. He’s a first class lawyer and a great person to work with.

How has the alumni network helped you?

If you ever need a piece of advice or want to know who the right person is to talk about certain topics, I find that if you reach out to Freshfields alumni (the Linkedin group helps) people are very responsive.

It almost feels like being back at the firm and I think people who have trained or worked at Freshfields tend to benefit from a level of professionalism that never leaves them.

How has your Freshfields experience informed the work you do now?

My training with the firm provided the foundations for the rest of my career, particularly being part of an international network and giving me a solid grounding in corporate law.

This came to the fore when I interviewed for the general counsel role at Betfair in 2013. My international regulatory experience was key, but a solid grounding in advising public companies was also something that I believe gave the CEO and CFO confidence in my ability to take on the corporate governance aspects of the role.

How are you finding Airbnb?

Fantastic. There are parallels with not only Betfair, in the sense that it’s a fast-moving, disruptive, consumer-facing business, but also Freshfields, which has an inclusive culture.

A lot of emphasis is placed on working as a team and making colleagues feel welcome. In San Francisco (our HQ) they talk a lot about the Airfamily (or 'Airfam'), which can take a bit of getting used to on this side of the Atlantic!

Virtually everyone I’ve met at Airbnb is highly motivated and the lawyers are very talented – which reminds me a lot of people I worked with at Freshfields.

At Airbnb you’re asked to share a ‘fun fact’ about yourself – what’s yours?

In my second week I was invited to dinner at Brian Chesky’s house (founder of the company) in San Francisco.

When I arrived I found that everyone had been asked to prepare a poem to recite after dinner. Not having received the email, I had to rely on my improvisation skills and quickly pull a verse or two together.

I’m not sure my sonnet is quite ready for publication but I must have done okay because at the end of the evening Brian wished me well in my new role! 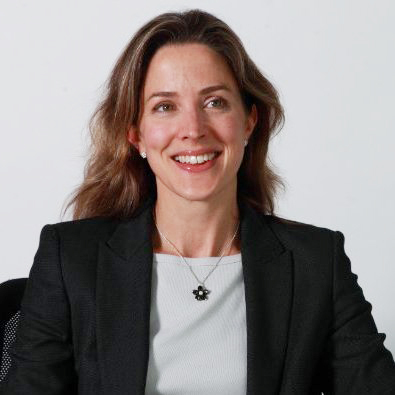