In recent years many jurisdictions have either introduced new controls on foreign investment or are making greater use of existing mechanisms to protect national assets. So when Midea, a China-listed home appliances company, launched a €4.5bn bid for German robotics company Kuka, the bid was fraught with political challenges.

Midea’s bid followed a run of Chinese M&A in Germany worth a combined €11.3bn in 2016. The sheer scale of the buying spree – and the potential involvement of government programmes in some of the transactions – had generated significant media scrutiny and led to calls from politicians for reciprocal market access for German investors.

Our strategic support enabled Midea to acquire Kuka’s cutting-edge automation technology. Kuka’s shareholders obtained a significant premium and Kuka itself remained independent and gained access to the Chinese market. The transaction was described by the South China Morning Post as ‘a defining moment in the evolution of China’s manufacturing sector’.

These four steps explain how the deal was done

This highly regulated approach keeps the tender offer price down and tests target, market and internal reaction to the deal.

Critically, it encouraged dialogue between Midea and Kuka, creating trust and a sound economic basis for engagement.

The investment agreement helped to overcome opposition from Kuka’s management and supervisory board, certain shareholders and German politicians.

It included commitments to keep the company’s management and financing independent, maintain Kuka’s HQ and employee base in Germany, and not delist the business.

We also advised Midea to limit its intervention in Kuka, which was well run and successful in its core markets, in order to neutralise potential political opposition.

By designing an innovative offshore financing structure, we were able to significantly reduce the Chinese regulatory approvals required for the transaction.

We achieved an extremely borrower-friendly financing package on a highly accelerated execution period, which is unprecedented in the acquisition financing market.

We also completed a German, English and Mandarin language material asset restructuring process in just two weeks (a process that usually takes two months), as a result of which the bid was able to proceed with minimal regulatory approvals outstanding.

4. Engaging with the US

Our team in Washington secured CFIUS approval for the deal, which was necessary because Kuka had an International Traffic in Arms Regulations-registered (ITAR) US subsidiary.

Sanctions imposed after Tiananmen Square prevent Chinese businesses from owning ITAR-registered companies, so we launched a process to divest it as a condition to settlement of the tender offer, developing an innovative trust-based warehousing mechanism as a fallback if the divestiture did not execute by the tender offer settlement deadline. 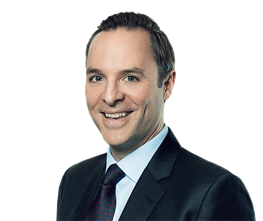 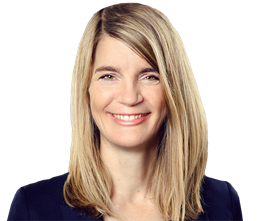