Victory in 12-year dispute with Argentina

In 2015, an arbitration tribunal ruled in favour of four companies in a high-profile investment arbitration against Argentina concerning the world’s largest water concession.

The $405m victory for Freshfields’ clients brought to an end a dispute that had lasted for 12 years.

In 1993, the Argentine government granted Suez (today Engie) of France, Sociedad General de Aguas de Barcelona of Spain, Vivendi of France and AWG Group of the UK (the claimants) a concession contract to provide water and wastewater services in Buenos Aires. The concession, Aguas Argentinas (AA), was the largest in the world at the time, serving more than eight million consumers.

To make necessary improvements the city’s water systems, AA injected substantial capital and the claimants guaranteed hundreds of millions of dollars in loans from multilateral banks. In return, the company would be compensated from tariffs paid by consumers over the 30-year concession term.

By 2002 Argentina was in economic crisis. When the government ended the fixed exchange rate of one US dollar to one Argentine peso, the value of the peso plummeted and inflation soared, sending the value of AA’s tariffs down and its largely dollar-denominated costs up.

Despite obligations in the concession contract and regulations, the government refused to review the tariffs. Instead, tariffs were frozen at their pre-devaluation peso value, even after an economic recovery. Unable to cover costs or service its debt, AA’s equity value was badly damaged.

This prompted the claimants to sue for damages pursuant to the France-Argentina, Spain-Argentina and UK-Argentina bilateral investment treaties (BITs).

A government freeze on tariffs prompted the claimants to sue for damages under bilateral investment treaties with Argentina.

At the start of the proceedings the ICSID had made relatively few awards. It was also the first case with multiple claimants invoking rights under three separate treaties with different rules and requirements.

The case was politically sensitive because Argentina claimed access to water is a human right.

While our Spanish and French clients had access to ICSID arbitration under their relevant treaties, our UK client could access arbitration only under the UK-Argentina BIT under the rules of the United Nations Commission on International Trade Law (UNCITRAL).

Our depth of experience in investment arbitrations against Argentina meant we were a natural first choice. Our team’s trilingual capacity was invaluable in a bilingual English-Spanish arbitration.

Argentina agreed to consolidate the UNCITRAL and ICSID arbitrations before the same tribunal in a single set of hearings – a world first.

We convinced Argentina to agree to consolidating the UNCITRAL and ICSID arbitrations before the same tribunal in a single set of hearings – a world first.

The award of $405m plus interest was the largest award ever issued by an investment tribunal against Argentina.

On 9 April 2015, the tribunal issued a combined award (PDF) of $405m plus interest in favour of our clients – the largest award ever issued by an investment tribunal against Argentina. In addition to recognising equity losses, the award recognised the debt incurred. We also recovered management fees for Suez, the operator of the concession. 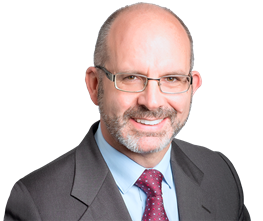 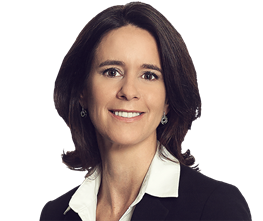