Below you will find some frequently asked questions on Europe's new patents regime.

1. When will the UPC start?

The UPC will come into force four months after the legal instruments effecting the UPC are ratified in 13 member states (which must include France, Germany and the UK). As well as the formal requirement for ratification, many practical steps to establish the new court system must be completed before the new system can begin. These include selecting judges, equipping court buildings and finalising IT systems. Following a challenge to the UPC in the German Constitutional Court, the UPC Preparatory Committee has announced its timetable for bringing the Court into operation has been delayed, likely until spring 2018. A new timetable will be published once the situation becomes clearer.

2. What is the difference between a unitary patent (UP) and a European patent (EP)?

The UP will have unitary effect across all participating member states. It will be obtained through the European Patent Office in the same way as a ‘classical’ EP, but applicants will request the grant of a UP rather than an EP.

Classical EPs will continue as before, but will be subject to the transitional regime described in FAQ #3.

3. Is there a transitional period?

Once the UPC starts, there will be a seven-year transitional period. During this period, ‘classical’ EPs may be litigated before either the UPC or the national courts, and it will be possible to opt out EPs from the jurisdiction of the UPC (see FAQ 4). The UPC’s Administrative Committee may extend the transitional period by a further seven years.

4. Can I maintain patent protection in Europe but avoid the UPC altogether?

During the transitional period, you can opt out ‘classical’ EPs from the jurisdiction of the UPC for the lifetime of the patent. All litigation relating to the patent would be brought in the national courts. But once an action has started in the UPC, the patent can no longer be opted out.

A ‘sunrise’ provision will allow opt-outs to be registered before the UPC opens. You can opt out a patent by giving notice to the UPC Registry in Luxembourg. If a patent is opted out, it can be opted back in. There will be no fee for opting-out or withdrawal of opt-out.

Commercial and strategic issues will affect your decision whether to opt out. Opting out will avoid the risk of your patent being invalidated across Europe in a single revocation action. But you will lose the ability to get a Europe-wide decision against an infringer in a single action.

Whether to opt out is the most immediate decision faced by EP owners. We are advising many of our clients on the pros and cons of each option.

5. Where should I bring an infringement claim under the UPC?

Generally, you must sue in the local/regional division of the member state where the infringement is taking place or where the defendant is domiciled.

You can sue at the Central Division if:

You may also agree with the defendant to bring proceedings before a different division.

6. Where should I bring a revocation action under the UPC?

Revocation actions must generally be brought before the Central Division.

But if an infringement claim has been brought against you before a local/regional division, you must bring any counterclaim for revocation before the same division.

A counterclaim for revocation may be subject to bifurcation, which is explained in FAQ 11.

7. A claim has been made against me under the UPC - can I challenge the venue?

8. What language will my claim be heard in?

Claims in the Central Division will be heard in the language of the patent.

Each local and regional division will designate the language (or languages) in which it will hear cases. This will be either:

The parties and the panel may agree to hear a claim in the language of the patent; the President of the Court of First Instance may also order this, if a party requests.

9. How long will it take to get a decision under the UPC?

The aim is for a one-day oral hearing within about 12 months.

The written procedure phase is likely to take around nine months followed by an interim procedure phase taking around three months, including any interim conference, and then the oral hearing.

The court will aim to give a decision within six weeks of the oral hearing, but complex cases may take more time to prepare and be heard by the court.

10. Can I get a preliminary injunction?

You can apply to the court for a preliminary injunction.

You can do this before bringing infringement proceedings and without giving notice to the alleged infringer.

When deciding whether to grant a preliminary injunction, the court will take into account the potential harm to each party from granting or refusing the injunction. Y

ou might have to give security to compensate the defendant if your claim ultimately doesn’t succeed, particularly if your application is made without notice.

11. What is bifurcation? Can I appeal a decision to bifurcate?

Bifurcation has been one of the most controversial issues in the discussions on the UPC procedural rules.

It is most likely to occur if an infringement claim is brought in a local or regional division and the defendant counterclaims for revocation.

The local or regional division may :

Bifurcation has been controversial because of the potential for an ‘injunction gap’, where an injunction is granted by a local or regional division before the patent’s validity has been determined by the central division.

The drafters of the rules of procedure have tried to address this concern in several ways.

It is unclear whether the judiciary will have much appetite for bifurcation and whether there will be any disparity among the local and regional courts in their approach.

Bifurcation may also occur where a revocation action is brought before the central division and a claim for infringement of the same patent between the same parties is brought later before a local or regional division.

A decision to bifurcate may be appealed within 15 days, with the leave of the Court of First Instance. A refusal to grant leave can be reviewed by the Court of Appeal on request.

12. Which judges will hear my case?

Local and regional division panels will be composed of three legally qualified judges, including one judge who is not a national of the host member state(s).

In local or regional divisions in countries with less than 50 patent cases per year before the UPC starts, panels will include two non-national judges.

The UPC judges will be drawn from all member states. The judges are likely to include several experienced patent judges from those member states where there is currently a significant amount of patent litigation.

The court fees for the UPC will be, in part, based on the value of the litigation.

If your claim succeeds, you can recover your legal costs from the other side, subject to cost caps. Current indications from the Preparatory Committee are that recoverable costs will range from €50,000 (for disputes below €250,000 in value) to €3m (for claims valued at more than €50m). 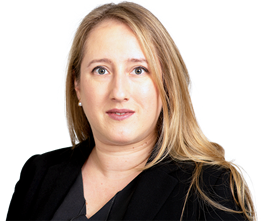