How to ensure that an award is worth more than the paper on which it is written.

The pandemic has had a severe impact on a variety of industries, reducing air travel; shuttering hotels, restaurants and sports and other entertainment venues; and reducing sales for brick-and-mortar retailers and oil and gas companies, among others. Unsurprisingly, a number of countries have reported higher than usual insolvency statistics for the first half of 2020. At the beginning of the pandemic, certain governments put measures in place (including assistance packages) to pause or prevent insolvency filings. Coupled with the closure of courts, these measures probably prevented or delayed further corporate insolvencies.

According to various projections, the real effect of the pandemic on businesses will be felt in 2021, with corporate insolvencies rising sharply in most, if not all, major economies around the world, including the US, China, Japan, Germany, the UK, France and Brazil.

As insolvency becomes more prominent on the commercial landscape, it is important to consider the interplay between insolvency (or bankruptcy) regimes and arbitration. Critically, in certain jurisdictions a failure to adhere to local bankruptcy regulations can affect a party’s ability to enforce an existing or future arbitral award or result in the setting aside of the award. When developing a case strategy, it is also essential to consider the interaction between the arbitral tribunal and the domestic courts, which monopolise the insolvency process, to ensure that the arbitration process goes smoothly.

The involvement of an insolvent party in an arbitration magnifies the potential impact of local courts in the arbitration and can create unexpected hurdles in enforcing the final award. To achieve the goals of the arbitration, the case strategy must be closely calibrated to these risks.

The effect of insolvency on arbitration

In most jurisdictions, the insolvency regime applies following a filing for insolvency (bankruptcy, administration or whatever the relevant local term might be) and a declaration by a domestic court. The court declaring a company insolvent will likely impose a number of conservatory measures to safeguard the company’s assets that typically affect its creditors. It will also affect the company’s legal rights and its existing and future legal relationships, including its handling of pending and future arbitrations.

A party’s insolvency affects nearly all arbitral proceedings and each phase of an arbitration from the initiation of a dispute (including the validity of the arbitration agreement) through the pursuit of the arbitration to the eventual enforcement of an award. While States’ insolvency laws vary – sometimes significantly so – there are some principles that are common to many jurisdictions. These principles include:

An arbitration agreement entered into prior to insolvency generally remains valid and binding on the insolvent party.

Certain jurisdictions require a (temporary) automatic stay of arbitration proceedings when insolvency proceedings commence (eg the US, England and Wales, and Hong Kong). In those circumstances, the court’s permission is required to initiate or continue arbitration. That permission is typically granted with certain exceptions. In the US, for example, courts generally grant applications to lift the automatic stay unless the arbitration addresses issues that are ‘core’ to the insolvency proceeding, such as how a trustee of an insolvent party should distribute assets to creditors. On the other hand, in England and Wales the burden is on a creditor to make an application to the court to show that the leave would not  impede the administration of the insolvent company.

Most insolvency laws prohibit enforcement of awards outside the insolvency proceedings.

Importantly, many insolvency laws have cross-border effects. In this regard, when considering or pursuing arbitration involving an insolvent company, a party should assess the potential requirements of the insolvency laws in question even if the insolvency and arbitration proceedings are seated in different jurisdictions. For instance, such is the situation in the US, England and Wales, and France. In particular, if the insolvency proceedings take place in the US, US courts may take the view that even arbitrations seated outside the US are subject to the US insolvency laws, which impose an automatic stay of any proceedings against an insolvent company, including arbitration, until allowed by the bankruptcy court to be resumed at the request of a party. Furthermore, US courts may determine that an arbitration award rendered outside the US without the authorisation of the US bankruptcy court is unenforceable in the US.

Navigating an arbitration with an insolvent party requires a global perspective that accounts for the intricacies of each jurisdiction in which the debtor has assets. We work closely with the client and our colleagues around the globe to ensure that each step that the client takes maximises the likelihood for a fulsome recovery. 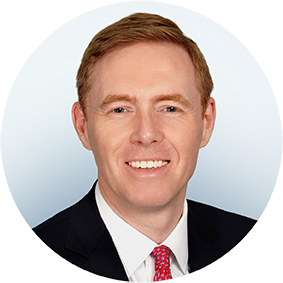