A renewed focus on process 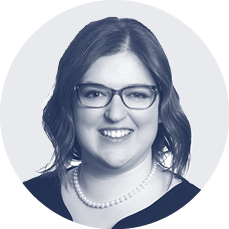 While early indications from the 2020 proxy season are that existing substantive trends in shareholder proposals are likely to continue, there have been some significant changes to the SEC’s process for reviewing and responding to no-action letter requests, as well as proposed new rules relating to the submission and resubmission of shareholder proposals. If passed, these measures are likely to have a major impact on how the landscape evolves.

Initial trends in shareholder proposals seem consistent with those of the last few years. However some notable developments for this proxy season include the following.

Governance – separation of chair and CEO. Investors and shareholder proponents continue to focus on independent leadership. Since 2015, shareholder proposals relating to this issue have been unsuccessful, but there remains a steady submission of proposals for independent board chairs, evidenced by the incoming requests for no-action relief through mid-December 2019.

Interestingly, for the 2020 proxy season, Legal & General Investment Management, a large asset manager based in the UK, announced that it will vote against or withhold in connection with all combined chair/CEOs.

Governance – shareholder ability to effect governance changes. For the 2020 proxy season, proponents continue to submit proposals requesting changes that provide shareholders with greater power to enact governance changes, including the ability to act by written consent and via lowering the threshold by which special meetings can be called by shareholders. While such proposals generally have not succeeded (only 10 of the 64 combined proposals w passed in 2019), they continue to generate significant support from shareholders. Companies that have received these proposals (or are at risk of doing so) should engage with their shareholders to determine the best course of action. Because support can be high – and companies often face repeat proposals – companies should also engage with their shareholders after the vote and ensure that disclosure about any next steps and rationale is included in their following year’s proxy statement.

E&S – environmental. Environmental shareholder proposals are not going away, and it can be difficult in many cases to exclude proposals under Rule 14a-8, in part because repeat proponents have become skilled at developing submissions for which there is little basis to request noaction relief. The good news for companies is that in the 2019 season, environmental proposals were withdrawn at the highest rates after engagement, and those that went to a vote received majority support relatively rarely. As companies have increased their efforts and related disclosure in these areas, investors have shown slightly less appetite for such shareholder moves.

E&S – diversity. In 2019 the New York City Comptroller launched Boardroom Accountability 3.0, which requested the adoption of the Rooney Rule for board candidates and CEOs at 56 companies. In this context, the Rooney Rule would require companies to adopt a policy requiring the consideration of women and diverse candidates for every director and CEO search. Combined with related shareholder proposals and increasing focus among investors on diversity at board, committee, leadership and executive management levels, we expect the topic to remain top of mind in 2020. Companies should continue to review and revise board policies and nominating and governance committee charters, as well as proxy disclosure on these issues.

E&S – lobbying. In a significant election year, scrutiny of political lobbying disclosure is likely to increase (as it tends to whenever voters go to the polls). In 2020, this builds on momentum from an already robust 2019 proxy season on this issue.

In 2019, the SEC released additional guidance as it relates to shareholder proposals and related requests for no-action relief.

If adopted as proposed, we expect that the revised requirements will impact the number of shareholder proposals that are submitted annually by serial proponents. The decrease is likely to be most acute for governancerelated proposals, which have long been a particular focus for gadfly shareholders.

Unlike the previous change, these reforms are not expected to impact the number of proposals that are resubmitted and eventually receive majority support, which was a key factor in the SEC’s choice of revised thresholds.

For the third year in a row, the Staff released a Staff Legal Bulletin discussing the provision of board analysis in company no-action letter requests, particularly those that argue for exclusion under the ordinary business exception. Many companies found the focus on board analysis challenging; the timing of the receipt of shareholder proposals and the typical board calendar do not align particularly well, and many boards would not ordinarily dedicate significant meeting time to individual proposals. As a result, in the first year that the Staff mentioned board analysis, many companies that put in the work to provide the information on short notice were disappointed with the Staff’s response. The most recent Staff Legal Bulletin provided clarity on the factors the Staff would find helpful in such analysis, which include the possibility that management provide information about the board’s prior analysis or actions taken. This would alleviate some of the timing issues, and although the Staff admits that the inclusion of board analysis does not guarantee concurrence with a company’s argument, as it continues to focus on and refine what it is seeking in requests for no-action relief, a company that is considering submitting a request under the ordinary business exception should think about whether it can make a cogent argument that includes considerations that relate to the board.