CFIUS and other international frameworks 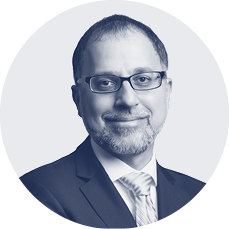 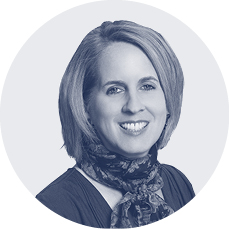 The race to lead in artificial intelligence, robotics, blockchain, gene-editing and other emerging technologies not only has potentially far-reaching economic implications, but also, from the US government’s perspective, significant consequences for future national security. Artificial intelligence (AI), for example, may be the key to deriving value from the massive amounts of consumer data that many companies now collect, but it may also be vital to analyzing huge volumes of sensor data for intelligence purposes – by the US or its adversaries. The drama surrounding Huawei and 5G (which will get worse before it gets better) has drawn the tension between commercial and national security interests into stark relief. Some of the companies most impacted by the US government’s decision to put Huawei on the Department of Commerce’s (DOC) “Entity List” are US businesses with significant semiconductor sales to Huawei.

To manage these risks, the US government is working to establish a regulatory framework for sharing these technologies across borders, without stifling the development of new products and capabilities that may be key to ensuring the US’s future national security advantage. This is a particularly challenging balance to strike, and it is not yet clear whether the government has the ability or the will to do so. Among the tools it is using to achieve this goal are export controls and foreign investment review. DOC, which administers the US dual-use export control system, is revising its regulations to impose additional controls on strategic emerging technologies. For example, it announced in January 2020 relatively narrow new controls on geospatial AI software, but it remains to be seen whether it will issue a more sweeping rule as well. Rules implementing the 2018 Foreign Investment Risk Review Modernization Act (FIRRMA), the most significant reform of the Committee on Foreign Investment in the United States (CFIUS) process in 30 years, take effect in February. FIRRMA subjects a wider breadth of foreign investment – particularly in strategic emerging technologies and companies – to CFIUS review. It will be imperative for boards to track these developments as they will have major consequences for how investments are made, where investments can be sourced, exit strategies, cross-border collaboration, who can license or acquire technology, who can be employed and a host of other functions that may be important to the development of future technologies.

Rules implementing the 2018 Foreign Investment Risk Review Modernization Act, the most sweeping reform of CFIUS in 30 years, will become final in February.

China is not on the friends list, and that may not change despite "phase one" trade deal

The President’s rhetoric and tweets – and their timing – might understandably lead one to believe that the aggressive steps taken by CFIUS against Chinese investment in the US, and other pressure on China connected to technology issues like the Huawei designation, are really part of ongoing attempts to reduce the trade deficit with Beijing.

In reality, however, US government concerns around China’s acquisition of technology – whether through investments in US companies, forced joint ventures in China, or the theft of intellectual property – started in earnest in the last administration and have merely accelerated under the current presidency. Furthermore, even on Capitol Hill there is relative consensus among Democrats and Republicans that China poses a leading, if not the foremost, long-term threat to US national security. Thus, while President Trump may use national security issues as leverage in trade discussions, the successful inking of the "phase one" trade deal is not likely to make these security concerns go away. Against this backdrop it is important that boardroom discussions on the implications of China-US relations be nuanced and distinguish between actions that are tactical moves to gain advantage in trade talks from those that are likely to persist in the long term.

China, for its part, is also in this for the long-haul. The more the US exerts pressure on Beijing, the more China becomes motivated to develop its own capabilities to break its dependence on the United States for technology. And in response to moves like the Huawei listing that China views as punitive, it, too, has threatened to act against foreign companies that are deemed “unreliable entities.” As a key market and manufacturing outpost for many US businesses, these developments only add to long-term unpredictability.

It is important that boardroom discussions on the implications of China-US relations be nuanced and distinguish between actions that are tactical moves to gain advantage in trade talks from those that are likely to persist in the long term.

These trends are global, and the tools do not always discriminate between friend and foe

The drive to consider how to control emerging technologies and to expand foreign investment review processes – and concern related to the challenge posed by Chinese overseas investment – is not limited to the United States. In the UK, legislation for a standalone foreign investment review regime has been proposed for this year. New EU rules will be applicable from October 2020 and provide for a cooperation mechanism between member states and the European Commission in screening direct investments from outside the EU on public security grounds. France and Germany, too, have recently revised their foreign investment laws, while Japan is in the process of doing so, and even Israel is considering a law. (Not surprisingly, this activity has prompted China to establish its own foreign investment review process.) Today, more than 100 jurisdictions now have laws that allow the review of foreign investment on security or public interest grounds. Typically, these regimes apply to all foreign investors – not just those from particular jurisdictions – although they may be more lenient with respect to some. There are a number of transactions involving European-based purchasers that have been caught up in extended US reviews and vice-versa, despite the historical security cooperation among these jurisdictions. As the proliferation of foreign investment regimes is resulting in longer lead times and greater execution uncertainty, those risks need to be factored into transactional decisions even among allied nations.

Consider the national security profile of your primary customers and suppliers and how government action against any one of them would impact your operations.

Think about this globally, not just in connection with operations in the United States. US investments even in “friendly” countries could get caught up in investment reviews. Meanwhile, US companies operating in China may bear the cost of the growing economic de-coupling of the US and China, driven in part by technology foreign policy.