M&A drivers for the year ahead 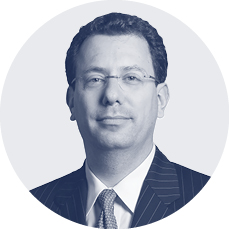 Looking ahead to what we might expect in M&A through 2020 and beyond, it is important to consider how we got here. Activity was robust in 2019 (though “down” from a superlative 2018 in both value and volume terms), and revealed to the careful eye several themes that both inform our view of last year and help put 2020 into proper focus.

There were 48,847 deals valued at $3.67 trillion in 2019, down from 51,473/$4.04 trillion in 2018. Activity was highest in the technology, media and telecoms sector (including Worldpay/Fidelity National Information Services and First Data/Fiserv) and as discussed below it is no surprise that the two largest tech deals of the year were cross-sector. Following tech, the other leading sectors for deals were energy (including Anadarko Petroleum/Occidental Petroleum and Saudi Basic Industries/Saudi Arabian Oil), healthcare (Celgene/Bristol-Myers Squibb and Allergan/AbbVie) and industrials (Raytheon/United Technologies and Fiat Chrysler/Peugeot). 2019 was also notable for its relative dearth of cross-border deals, with only two of the top 20 acquisitions by value (Fiat Chrysler/Peugeot and LVMH/Tiffany) involving buyers and sellers from different countries.

The mood in the boardroom, too, remained cautiously robust, with well-placed organizations able to move quickly to spot and execute opportunities.

While lower overall, 2019’s M&A figures are strong in a historical context and reflect a number of underlying drivers. Corporates had significant cash on their balance sheets, private equity sponsors had records amount of “dry powder”, debt continued to be relatively inexpensive and equity markets remained elevated, making shares an attractive acquisition currency. The mood in the boardroom, too, remained cautiously robust, with well-placed organizations able to move quickly to spot and execute opportunities.

The continued certainty of uncertainty

Meta-level political destabilization events, enhanced regulatory approaches, potential and actual economic headwinds (including the inversion of the yield curve in 2018) and the sheer length of the M&A bull market that has run for most of the past decade, have left market participants feeling – much as they have for some time – that a dislocation of some type is around the corner. Nevertheless, deal-making (in reality portfolio optimization) has persisted, largely because the low-hanging fruit of tax reform earlier in the decade and achieving – or being pushed to achieve (see “ownerism” below) – operational improvements have been realized.

More specifically, we expect tougher foreign investment and antitrust enforcement regimes to continue to provide obstacles to deal-makers, although they will also create opportunity. CFIUS recently issued final regulations fully implementing the 2018 reform legislation which expanded CFIUS's jurisdiction, and, in March, the European Council adopted regulations to harmonize national security investment regimes across the EU. Against this backdrop it is little surprise that cross-border activity fell in 2019; indeed, China outbound M&A into the US and Western Europe reached a relative nadir, and, with ongoing uncertainty around trade disputes and fears regarding Chinese companies’ relationship with the Chinese state (e.g. the US military’s ban of TikTok), there is no indication it will increase any time soon.

With respect to antitrust, early in 2019 the Federal Trade Commission (FTC) announced that it would create a taskforce dedicated to monitoring competition in US technology markets (see our section on antitrust for further analysis). Deals, too, continued to be blocked around the world, such as the slated combination between Republic National Distribution Company and Breakthru Beverage Group in the US, and the proposed joint venture between ThyssenKrupp and Tata Steel by the European Commission. While the DOJ cleared the merger of Sprint into T-Mobile, several state attorneys general sued to block the transaction, another potential trend to watch out for. In addition, as one of the repercussions of Brexit, the UK’s Competition and Markets Authority (CMA) will no longer be subordinate to the EU, subjecting many international transactions to another regulator that will continue to assert its power and assume a very active role in merger control.

While regulatory intervention will continue to add uncertainty to the transaction landscape, these pressures may also lead to opportunities as deals are unwound and acquirors from less-scrutinized jurisdictions take advantage of reduced competition.

While regulatory intervention—as well as political and trade dynamics playing out through existing and new regulations—will continue to add uncertainty to the transaction landscape, these pressures may also lead to opportunities, as deals are unwound and acquirors from less-scrutinized jurisdictions take advantage of reduced competition. For example. CFIUS ruled in 2019 that both PatientsLikeMe and Grindr needed to be divested from Chinese investors. And it is perhaps no coincidence that, when combined with strong and supported balance sheets, Japan outbound M&A continued at a vigorous pace in 2019.

Ownerism – it’s not just for activists any more

The activist toolkit – and the way corporates respond – has been well-developed over the past 30 years (see our section on trends in stockholder activism for more analysis). Reflecting on the past decade and looking ahead, we are struck by the commonality across asset classes and the renewed vigor with which all owners (such as activists and long funds in public companies, VC investors and private equity sponsors) are adopting the active owner mentality, which in turn drives transactional activity. From activist white papers and wolf-packs to sponsor dry powder, it all comes down to a strong bias against status-quo – a rebuke to laissez-faire governance that M&A participants are well advised to note.

In 2019, traditional activist investors both fomented deals by pushing companies to sell or spin-off non-complementary businesses (or to use the cash on their balance sheets) and prevented them by challenging transactions that had been announced. As an example, Carl Icahn pushed for the Eldorado Resorts deal for Caesars Entertainment but tried to stop Occidental’s acquisition of Anadarko. In addition, traditional private equity sponsors such as KKR, Sycamore Partners and Golden Gate Capital have acquired small stakes in public companies in order to leverage their position into buyouts. And, of course, there is the continuing trend of historic long-only funds (including large institutional money managers) becoming much more active in the governance space. While this all may appear haphazard, moving across asset classes as if by contagion, it is really just ownerism manifesting itself across the deal landscape.

Divestitures and the breakup of large conglomerates will also continue as a result of ownerism pressure or due to corporates turning that mentality on themselves.

Among other examples, in 2019 DowDuPont completed its spin-offs of Dow Inc. and Corteva respectively as promised when Dow and DuPont merged in 2017. In 2020, we expect to see a further corporate portfolio optimization, including due to ownerism pressure.

Review of the vision – the changing business landscape informing M&A

It is the ultimate platitude from the last decade to reflect on the rapidly changing nature of our economy. One need look no further than all things related to mobile devices to see a massive vertical created around a product that only launched in the late ‘00s. But just because it is a platitude does not mean it is not real. Corporates and sponsors that ignored the development of green initiatives have been left playing catch up; likewise, industrials that have failed to embrace digitalization could find themselves quickly going the way of the buggy-whip industry. And businesses of all shapes and sizes that ignore the consequences of the #MeToo movement will be unable to attract and retain high performing people in a tight labor market that McKinsey could not have imagined when it produced the first version of its “War For Talent” paper in 1997.

Looking forward, 2020 may be the year that "green deals" come to the fore. With environmental, social and governance (ESG) and sustainability becoming investor watchwords, these issues are likely to impact deal activity in the year ahead. In a 2019 survey by IHS Markit, 53 percent of the senior executives questioned believed that ESG considerations would become significantly more important in M&A over the next 12 to 24 months. One example last year of an ESG-driven transaction was private equity giant KKR investing $900 million into NextEra Partners’ renewable energy ventures.

2020 may be the year that “green deals” come to the fore. With ESG and sustainability becoming investor watchwords, these issues are likely to impact M&A activity in the years ahead.

Companies will likely be unable to ignore the continued influence of technology on their operations, and the economy more broadly, in the future. It is no surprise that last year’s biggest tech deals also involved the financial services sector (including the Worldpay and First Data acquisitions mentioned above, as well as London Stock Exchange Group/Refinitiv), while the digitalization dynamic was also evident in the acquisitions of AI start-ups Dynamic Yield and Apprente by McDonald’s in 2019. We expect this trend to continue, with companies in cutting-edge areas such as AI and blockchain being bought by historically non-tech players trying to capitalize on the changing landscape.

Finally, the importance of, and focus on, diversity in organizations cannot be understated – while it has been known for some time that diverse groups make better decisions than homogeneous ones, the increasing focus in organizations (including with respect to M&A) from the board down will make the need for well-constituted, diverse boards a continued focus.