Industry 4.0 and sustainability developments require companies to collaborate more closely than ever before with (actual and potential) competitors, suppliers and distributors to bring innovative products and services to market. Yet these ties can raise competition concerns that are new and innovative compared to the theories of harm that authorities have investigated in more traditional sectors in the past.

Increased scrutiny from antitrust agencies is now a fact of life – particularly in sectors whose innovations are driving the global economy. Businesses need to be circumspect and forward-looking so as to manage potential antitrust risks in their innovation projects – particularly those that involve collaborations with actual or potential competitors.

For example, in the Car Emissions investigation, the European Commission is investigating whether a collaborative effort among automobile manufacturers to co-ordinate on the development of clean emissions technology amounted to collusion to limit development. In the US, the Department of Justice has opened an investigation into whether automobile manufacturers violated antitrust law by agreeing to meet California emissions regulations, and Assistant Attorney General Makan Delrahim has emphasised that collusion among implementers of technological standards can push down patent licensing rates, thereby diminishing incentives to innovate.

Investigations such as this carry a serious risk of ‘chilling’ dynamism in rapidly advancing technological landscapes, as often no legal precedent or regulatory guidance exists to provide comfort that a collaborative effort can be structured in a way that is compliant with competition law. This is particularly true if competition regulators look to challenge R&D efforts as collusive under a theory that an even higher level of innovation could have been achieved than resulted from the collaboration. Furthermore, the European Commission strongly believes that sustainability is fostered by competition and does not readily accept that consumers’ reluctance to pay for more expensive sustainable technology may contribute to the lack of such competition.

It is crucial to bear in mind that authorities take agreements preventing competition to the benefit of the environment very seriously. The authorities expect that companies should individually aim to overachieve environmental regulations. Any agreement to promote an industry standard, even if higher than required by the relevant legislation, may, therefore, be considered anti-competitive.

Big data and the internet of things: innovation in the face of increased antitrust challenges 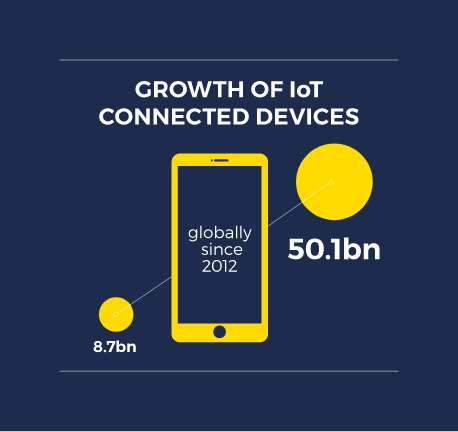 Manufacturers of a range of physical objects have been embedding these products with sensors and network connectivity that allow them to collect user data. The complex pattern of interactions between the players involved in the Internet of Things (IoT) and the data created and collected through these objects creates a number of novel and complex antitrust challenges.

A key area for discussion arising in the sector relates to the obligations of companies that amass vast amounts of data from connected devices. Certain groups, such as the European Consumer Organisation, have called for companies with extensive, high-value datasets to share access to these datasets with competitors to avoid foreclosure of competition and ‘data dominance’.

One important battleground in 2020 for ‘data dominance’ and the IoT is likely to be in the ‘connected car’ industry. Manufacturers of cars that include connected devices have an incentive to keep the data collected by these devices to themselves and not share it with, for example, suppliers of replacement parts, repair services or companies offering new services further down the value chain and in aftermarkets. In other situations, there may  be questions about who the data belongs to, for example data collected by a sensor on a tyre may belong to the automobile manufacturer, the tyre manufacturer or both.

Ongoing litigation between Daimler, Nokia, Sharp and Conversant Wireless is also set to steer how licensing for connected cars will be managed. Judges are hearing arguments in Europe’s first standard essential patents (SEP) dispute concerning connected cars, with much of the fair, reasonable and non-discriminatory (FRAND) arguments centred on the question of where in the value chain the connected technology should be licensed. The principles established in these (4G) cases will be applied to behaviours in the 5G era in the automotive industry and beyond.

In Europe, Executive Vice-President Vestager focused on technology in her first term as Competition Commissioner, and this focus will only be intensified in her new dual role, particularly as France and Germany call for further protection of the EU’s ‘technological sovereignty’.

In the UK Supreme Court, Huawei and ZTE’s challenge to the UK court’s setting of a global FRAND portfolio rate for SEPs will be relevant for all businesses seeking to innovate and to license IoT-related SEPs on FRAND terms. Depending on the outcome, the UK may become the single go-to destination for court determination of a global rate. Breaches of commitments to license IoT-related SEPs on FRAND terms could amount to anti-competitive conduct and whilst patent pools offer some benefits, questions may be raised about their enforcement strategies.

FRAND litigation is fast-moving and a global battle is underway as to whether it is right for any jurisdiction to decide FRAND terms with global reach. Owners of SEPs are leveraging creative legal strategies to seize their venue of choice and implementers need to prepare their defence strategies in advance.

The increasing use of AI is set to be one of the biggest value-adds for innovative companies, encompassing smart advertising and online marketing, the identification of new trends and fashions, and even dynamic pricing according to demand and supply. This brings AI under close scrutiny from antitrust authorities across the world. Companies that build their business models using algorithms and AI should be aware that they will be held accountable for algorithm-based antitrust infringements.

Recent years have already seen fines against companies in connection with so-called ‘classic’ digital cartels that use pricing algorithms to execute an unlawful price-fixing agreement, such as the Posters case in the UK and the US. Pricing algorithms can also give rise to a ‘hub-and-spoke’ scenario where competitors (the spokes) use the same third-party provider’s pricing algorithm (the hub), which has the effect of equalising prices and/or causing prices to increase or decrease in concert among companies using the same algorithm.

This type of conduct is the subject of the EU Court of Justice’s Eturas judgment, which involved the administrator of an online travel booking system sending an electronic notice to its travel agents informing them of a new restriction that capped discount rates. The Court held that all travel agents who were aware of the message could be presumed to have been participating in the cartel, unless they pro-actively distanced themselves from the message.

Moreover, European authorities also maintain that even if no human has access to strategic information, machine-to-machine (M2M) communication could lead to collusive behaviour. Autonomous algorithms could learn to behave in an actively collusive way and charge higher prices, and companies may be held liable for the outcome.

Companies should take care in designing and deploying algorithmic pricing and similar types of artificial intelligence, as antitrust enforcers around the world are developing deeper expertise with technology and appear eager to probe deeply into this area.

Be cautious when co-operating in pursuit of ‘green’ innovation: companies should ensure that legitimate co-operation does not spill over into anti-competitive collusion, as it is clear that authorities are not taking a more lenient approach with agreements with a ‘green’ agenda. Asking the authorities for guidance bears the risk of triggering a full investigation because the agencies may use it to prove their own ‘green’ profile.

Act smarter and sooner to develop your data strategy: consider whether it would be strategically sensible to join specific standard-setting organisations and/or to contribute to standardisation efforts to influence the direction in which relevant standards are heading. Companies should stay abreast of upcoming marker cases in the sector, and prepare for increased antitrust scrutiny in 2020 by adjusting their commercial data strategies accordingly.

Prepare for increased antitrust scrutiny of AI: companies using pricing algorithms should implement ‘compliance by design’ – algorithms should be programmed to exclude any risk of digital collusion (even without human intervention). Companies should understand how their AI systems work and be aware of their outcomes, acknowledging that they may be responsible for any anti-competitive practice arising from the use of AI.

We are engaging with the European Commission on the current review of its horizontal co-operation rules.