Antitrust and the consumer

The role of consumer protection in antitrust investigations and remedies

The core objective of most antitrust regimes around the world is to promote a competitive marketplace that benefits consumers through lower prices, higher-quality products and services, more choice and greater innovation.

A closely related issue that is gaining more attention is whether businesses are engaging in unfair or deceptive commercial practices that, while not strictly anti-competitive, may nevertheless undermine consumer confidence in markets with knock-on consequences for market competitiveness in the longer term. Indeed, some have expressed concern that such practices may be more common in highly competitive consumer-facing markets where margins are tight and firms may be tempted to ‘race to the bottom’.

Many antitrust authorities – including in Australia, Italy, the Netherlands, Singapore, the UK and the US – already have concurrent consumer protection and antitrust powers because of the complementary nature of the issues. However, spurred on by perceptions about the impact on consumers of corporate growth and increased digitisation, many jurisdictions are now asking whether their current toolkits are up to the job or whether their powers should be strengthened in order to protect consumers irrespective of the state of competition in a market. 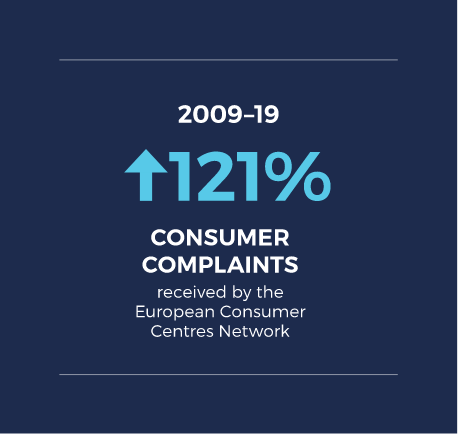 Rising pressure for more to be done to protect consumers is having a number of consequences for businesses’ risk agendas.

A wider range of issues than would traditionally be thought of as falling within the realm of consumer law, data protection or public policy are being assessed during antitrust reviews as potential adverse effects of a deal, market practice or commercial conduct. Some antitrust authorities have said, for example, that reduced privacy protection could be viewed as a competition problem if it results from an increase in market power that arises due to a loss of competition.

As a result, antitrust authorities are exploring a broader array of potential consumer concerns as part of their investigations and market studies rather than focusing more narrowly on traditional competition issues. They are also considering these issues when designing remedies.

In Europe, Executive Vice-President Vestager is expected quite soon to make more use of sector inquiries to identify harmful practices in certain markets. These inquiries tend to be wide-ranging in scope and are conducted without the legal constraints of a formal competition infringement investigation.

In the UK, the Competition and Markets Authority (CMA) already has a combined competition and consumer role, but it is strengthening its consumer protection role by taking advantage of a more developed enforcement toolkit and by taking action to address consumer concerns, either as part of a wide-ranging market study or on a stand-alone consumer law basis.

Protecting vulnerable consumers is a strategic priority for the UK’s CMA, which also recognises that anyone can be vulnerable in different contexts. Consumer-focused solutions will therefore be market- and  context-specific.

Similarly, the recently appointed Chairman of the Italian Antitrust Authority (IAA) underlined that ‘… it must be clear that free competition is not in itself an absolute value over and above, but a value that must be co-ordinated and harmonised with other general interest objectives. We should, for example, consider that consumers are also workers and tax-payers, which means that we must always fully assess the effects of any envisaged decision to ensure that it does not in fact cause more harm than good to citizens…’

Through 2020, we are likely to have greater clarity on the scope and nature of any competition and consumer-related proposals that may result from these studies and investigations. Developments should be watched closely by companies in all sectors.

A growing perception among politicians and regulators that markets might be competitive but still
produce outcomes that harm consumers, and that antitrust tools alone are not sufficient to remedy the problem, is leading more countries to strengthen their consumer protection laws and the sanctions for consumer law breaches.

Governments are strengthening their consumer protection laws and regulators are using these tools more often, either because there is no underlying competition problem or because it is quicker and easier to pursue a consumer law action and achieve changes to business practices.

In Europe, newly appointed Justice Commissioner Reynders has already signalled greater emphasis on effective enforcement of consumer laws across the EU, following adoption of a draft directive in November 2019 (as part of the Commission’s ‘New Deal for Consumers’ package) and strengthened consumer law regimes across the EU.

In the UK, Lord Tyrie, the Chair of the CMA, has called for the authority to be given direct powers to allow it to impose financial penalties in consumer protection cases without having to pursue cases through the courts, as is currently required. He also proposes more stringent duties and responsibilities for the CMA, including an overriding statutory duty to treat consumer interests as paramount.

In the US, Congress is debating data and privacy legislation that would provide the Federal Trade Commission with new powers to fill perceived enforcement gaps and strengthen the agency’s ability to regulate the collection and use of consumer data and impose stricter penalties for violations.

In 2019, the US Federal Trade Commission concluded a series of hearings examining whether new and evolving business practices might require changes to US antitrust and consumer protection laws. The agency is expected to release a report in 2020 that discusses, among other things, consumer protection and competition issues related to big data, privacy regulation and innovation.

As antitrust, data protection and consumer law increasingly converge, regulators are updating their toolkits across the full range of legal powers and taking action to remedy perceived harms by using the most appropriate tool for the job.

As noted, many major authorities already hold combined competition and consumer law powers, and more agencies are arguing the case for these tools to be consolidated into a single agency or at least for closer co-operation between authorities to facilitate a more joined-up and targeted approach.

In the EU, Executive Vice-President Vestager’s new dual role of competition enforcement and digital policy-making signals a more joined-up approach across Europe’s digitised economy. In addition, the new Consumer Protection Cooperation (CPC) Regulation, which comes into force in January 2020, will both enhance national enforcement powers and provide a more effective framework for authorities to co-operate cross-border. New tools include the power to suspend and take down websites, to impose interim measures and to impose penalties proportionate to the cross-border dimension of the relevant practice.

From January 2020, the Commission will have a more prominent co-ordinating role in cross-border consumer investigations, which we expect it to seize as part of Executive Vice-President Vestager’s digital mandate.

The complementarity between enforcement instruments does not just apply to digital markets, where we have seen authorities pursue both dominance and consumer protection cases on issues such as the way digital players might disclose personal data for profiling purposes. Another key area is markets undergoing liberalisation.

In the UK, Lord Tyrie called for the CMA to be able to impose interim measures during market studies to stop behaviour that is suspected of resulting in consumer harm pending full investigation, and to be able to order remedies at the end of an investigation that address consumer detriment without having to demonstrate an adverse effect on competition.

This reflects the fact that rapidly changing market conditions have heightened the demand for regulators to be able to intervene more quickly to stop commercial practices that are suspected of causing consumer detriment which may be difficult to reverse pending full investigation.

As these developments gain more momentum and sharper teeth through 2020, business should take a number of steps to prepare for more consumer-centric enforcement ahead:

Audit your business practices: ensure that you can show that you are on the right side of rapidly changing consumer protection laws.

Think creatively on remedies: designing remedies that meet consumer protection concerns and that are workable and minimise unnecessary disruption to the business can be challenging. In at-risk sectors, consider undertaking feasibility assessments early on and building an evidence base to demonstrate the effectiveness of remedies designed to improve transparency or facilitate switching without requiring structural changes in a market.

Our cross-practice consumer skills group identifies the key issues for businesses seeking to mitigate regulatory risk in the face of stronger consumer protection.