Not on Fleet Street (anymore)

When Kate Burns left Freshfields, it marked the end of ‘15 fantastic years’.

Having joined the firm in 2001 as a trainee, Kate qualified in 2003 and later became a senior associate before moving into the management office in 2011.

In 2016, Kate left to become general counsel and company secretary with notonthehighstreet.com (NOTHS), an online market place for more than 5,000 of the UK’s best small creative businesses. Around 83 per cent of these ‘partners’ are women – often mothers who are running businesses from their kitchen, attic or garden shed.

Having spent the bulk of her professional years with Freshfields, she still feels very connected to the firm – and has naturally become a member of the Alumni Network.

What do you remember from your time at the firm?

A fair amount, as I was with Freshfields for 15 years. My relationship with the firm goes back in fact to 1997 when I took part in a vacation scheme. Four years later, I started my two-year training contract.

I then spent the next eight years as a corporate M&A lawyer, working mainly in the retail and leisure sectors with clients such as Tesco, followed by five years or so working in the management team

And you contributed to the firm’s gender diversity initiatives…

That’s right. I attended the first ever strategic excellence course, the pre-cursor to our global sponsorship programme for women.

I also wrote the firm’s first paper on gender diversity and organised the first female partner conference with the senior leadership team.

How did you move into management?

I had dabbled in it when I assisted Mark Rawlinson, who left the firm in 2016, with the London corporate practice, which he led at the time.

This piqued my interest in how large partnerships like Freshfields operate and led to an invitation to interview for a ‘chief of staff’ type role for the senior leadership team.

The job involved helping the team deliver their objectives and involved, among other things, helping build consensus amongst the partnership and ensuring information flowed smoothly.

We worked on particular projects too. As well as advancing gender diversity, we continued with the firm’s global corporate responsibility/responsible business agenda and helped set up the Manchester Global Centre.

All this sharpened my negotiating, decision-making and risk-assessment skills, which I think helped swing the NOTHS position in my favour. My job description of course requires me to give the company legal advice. But I’m on the executive team so am responsible for running the business, too.

Who are you still in contact with from the firm?

Having left only recently, it’s difficult not to be in contact with my ex-colleagues. There’s no doubt Freshfields has left an indelible mark and holds a very special place in my heart. My NOTHS colleagues tease me for still referring to me and Freshfields as ‘we’.

How does NOTHS differ from Freshfields?

Freshfields is in its 28th decade, NOTHS its second. The average age of the NOTHS workforce is about 30, it’s a bit more at Freshfields.

Corporate lawyers tend towards formal attire. People at NOTHS are more casual and very on trend. When external advisors come to visit, we see them taking off their jackets and ties before they enter the building.

And finally it’s been fascinating being on the client side for a change. Freshfields is working hard to ensure it is responding to what its clients want. I have a much clearer picture now of what that is. 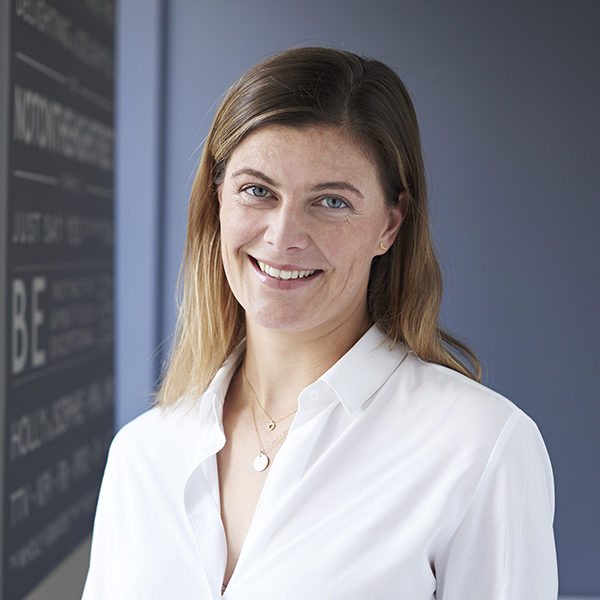