Having joined the firm as a trainee in 2006, Holly enjoyed a secondment in Hong Kong before moving into the corporate team, focusing on a mixture of private equity and general corporate work.

What do you remember from your time as a trainee?

I was part of such a great intake of people, all starting on the same day and with such a variety of backgrounds.

I made some very good friends from the outset and, in fact, Annie Whiteside – who was in my intake – was my bridesmaid.

My highlight from that time was spending six months in Hong Kong, which was the best opportunity ever. I’ve got some family history in the territory – my great-great grandfather was actually governor – and I'd always wanted to live and work out there for an extended period.

Are there any people who stand out from your time here?

It’s not really one person I remember, it’s the culture.

Once I’d qualified, the corporate team I worked with in London for seven years was quite close-knit. We worked really hard together, but we always had fun. Even when working late, people kept their sense of humour and didn’t take themselves too seriously.

Freshfields people are really enthusiastic about working on cutting-edge deals and coming up with innovative ways of approaching different legal issues. They are also nice people to hang out with too!

Why did you decide to join Pearson?

When I left Freshfields I had been at the firm for nine years and I’d always wanted to try something a bit different.

I'd enjoyed being a lawyer and working internationally but wanted to have more exposure to strategic business issues. I liked the idea of working in house for a big international company but also wanted to work for a company where I believed in what they were doing.

It was that decision that led me to start looking at what was out there. I had worked with Pearson for many years since qualification, alongside Simon Marchant and Ollie Lazenby. In fact, Pearson were one of my favourite clients so when I saw the job advertised it felt like the perfect opportunity. Luckily Pearson wanted me to join them too!

What was it like transitioning to an in-house role?

I spend a lot of my time working alongside the corporate finance and strategy team at Pearson and these were the people who I'd known best when I was at Freshfields.

Working with familiar faces definitely eased the transition. Just as I joined, we were selling the Financial Times and our stake in The Economist, and Freshfields was advising on both transactions. I was working with my former colleagues, but as an in-house lawyer at Pearson, so to begin with it didn't feel very different - that definitely made the change feel very smooth.

Tell us about your role at Pearson

I oversee our M&A and equity investment activities around the world and advise on our listed company obligations and other general corporate issues.

While I will frequently lead the legal side of an M&A transaction, I also get involved in more strategic areas to ensure we are keeping our internal stakeholders happy.

How does Pearson differ from Freshfields?

The culture at Pearson is great, everyone is very laid back. People enjoy what they do, so in that sense it isn’t too different from Freshfields!

I enjoy the international scope of the work but, more specifically, the challenges and opportunities the education sector is facing now that we have almost exclusively moved in to this industry.

What challenges and opportunities are they?

Education, like other sectors, is going digital, which is a challenge because you have to constantly innovate.

People learn in different ways now and have high expectations when it comes to technology. Whereas I would have had a hardcopy textbook and I’d underline bits and mark pages in it, that’s not as common anymore. All courses are supported by online applications in one way or another and lectures are becoming digitally interactive. Students can now use virtual reality headsets to ‘virtually participate’ in certain scenarios, such as doctors learning surgical procedures or high school students going on expeditions to Mars or the Great Barrier Reef.

It’s those kinds of changes towards digital learning that Pearson is facing as a challenge, but they also present huge opportunities, which make it incredibly exciting. 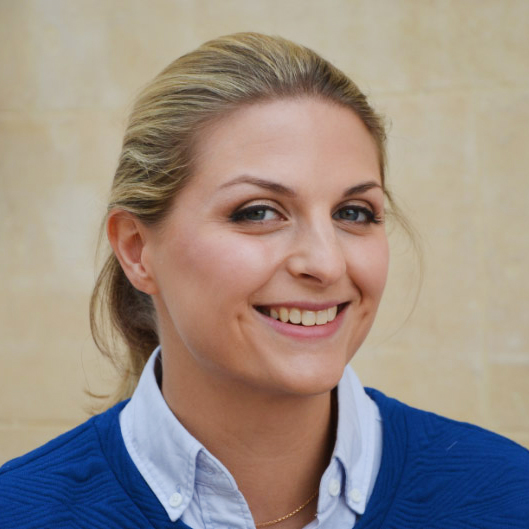