A member of the Freshfields’ alumni network, David Berry is UK and Republic of Ireland Legal Director at Tesco, one of Britain’s top-four supermarkets and one of the firm’s major clients.

He arrived at Freshfields as a trainee in 1995. After completing his two-year training contract, David spent four years in the antitrust, competition and trade practice. In 2001, he moved to drinks company Diageo where he worked in roles in the UK and the US before joining Tesco’s legal team in 2015.

What do you recollect from your time at the firm?

It didn’t feel like that big of a leap out from law school into having a ‘proper’ job. I enjoyed being part of a (relatively) large intake who went through the early years at the firm together. It was a really stimulating environment, with people who were interesting, witty and extremely hard working. The sense of community was a big help at the start of my career.

I’d imagine things have changed since my early days with the firm but the eccentricities of the partners stay with you. And it’s difficult to believe that they used to smoke in the office too.

Most importantly, I also met my wife, Alison Hood, while at the firm. Alison was an IP lawyer – I don’t think we ever worked on the same matter – and, like me, moved in house, as a biotech lawyer. We got married in the same year that I left the firm.

Who did you work with at the firm?

My first seat as a trainee was in Team 2 Corporate and I shared a room with Edward Braham – so I had a gentle introduction to corporate law.

When I joined the competition practice, I did most of my work for Nick Spearing, Deirdre Trapp and Rod Carlton. For my last two years I worked pretty much exclusively for Tesco. One of the last things I did for the company while at Freshfields was advise on the creation of what is now the Groceries Supply Code of Practice, which governs how retailers like Tesco manage their relationships with suppliers. This is one of the areas my team looks after at Tesco now, so things have kind of come full circle.

What prompted the move to Diageo?

At Freshfields, I really enjoyed working on behavioural competition matters where you spent a long time with one client and really became immersed in their business. That made me start thinking about an in-house career.

It was a tough decision to leave Freshfields but the job at Diageo was one that does not come up all that often – a specialised competition role in a large consumer goods company operating all over the world. So I made the leap.

I had a fantastic 14 years at Diageo. They developed me from being a specialist competition lawyer into more general commercial legal roles managing larger teams. I also worked all over the world and was given the opportunity to live and work in the United States, which had always been an ambition of mine (and the kids loved it too).

I really enjoy working in consumer goods and, having spent so long at a supplier, it’s an interesting challenge to see the other side of the relationship at the country’s biggest retailer.

It was a unique time to join Tesco, which was embarking on an ambitious turnaround strategy after a difficult period. I joined a new UK and Ireland management team under a new CEO with a number of other new faces joining more experienced Tesco colleagues.

As for the legal function, there are around 50 people in my team, working across a number of businesses and specialisms, and I enjoy the challenges the role brings.

Grocery retail is a fiercely competitive and dynamic market. The speed at which everything moves can be daunting but keeps things interesting. As a business and as a legal team, everything we do is driven by our goal of serving Britain’s shoppers a little better every day.

How do you perceive Freshfields now you’re a client?

I guess I have stuck with leading brands in my career – and Freshfields remains a very strong brand that I am proud to have on my CV. The Tesco-Freshfields relationship goes back many years and remains strong.

At a more personal level, the firm was the springboard for my legal career, and I have always been grateful for the way that the firm accommodated my focus on competition law and really helped me to thrive in that area.

I also like what the firm has done with its alumni programme. I’ve been to some fantastic alumni events organised by Freshfields and it’s great to meet people who have that starting point in common but have gone on to do such different things in their careers. 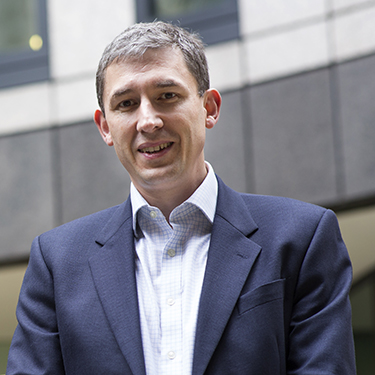