Taking time out to help others.

A former Freshfields trainee and litigation associate, Mark says that his grounding at the firm was instrumental in helping him enjoy success in-house.

On leaving Freshfields, he joined Japanese investment bank Nomura, then went to Barclays.

At the age of 50, Mark and his wife Claire (née Burke, also a Freshfields alumna) decided to do something completely different, spending a year volunteering with a charitable school for under-privileged kids in South Africa.

They are both now back in the UK, working for the Nationwide Building Society and Capita respectively.

Tell us about your time at Freshfields

I joined as a trainee in 1991 and quickly decided I wanted to be a litigator. So, on qualifying in 1993, I joined the dispute resolution (DR) department.

I learned a huge amount, especially from Ian Taylor and Andy Hart, and retired partners Chris Foster and Phil Croall, who were all very generous with their time and wisdom.

My training taught me so much, ranging from the need to pay attention to every detail, to the value of crisp, precise drafting, and the importance of stepping back to observe the wider strategic landscape.

These all combined to make me the lawyer I am today.

You spent some time in New York too…

Claire was also posted to New York with Reuters for the same two-year period so we were fortunate enough to enjoy the experience of living in such an incredible place together. It also led to us both qualifying as New York attorneys.

How was your transition to an in-house role?

My time at the UN and Claire’s experience with Reuters meant that, on my return to Freshfields in London, the idea of working in house genuinely appealed.

So I broached the subject with a few of the DR partners, who were very supportive. I’ll be forever grateful to them for helping me secure interviews with Freshfields’ financial services clients, one of which was Nomura, with whom I started in 2000.

What did you do at Nomura?

I joined as head of litigation and spent my first few years managing a highly complex and politicised multijurisdictional dispute with the Czech Republic arising out of the collapse of a Czech bank in which Nomura had held a stake.

At the peak, there were around 15 inter-connected sets of litigation and arbitration proceedings, with Nomura either suing the Czech Republic or vice versa. Freshfields were instructed, with the team led by Ian Taylor and Peter Turner. We ultimately secured a great outcome, with the Czech Republic paying over $100m to settle all the disputes.

My role was later expanded to become head of corporate legal (ie everything non-transactional) and, in 2007, I was appointed European general counsel, leading a team of around 75 lawyers in London and continental Europe.

Then the financial crisis hit. I found myself having to not only deal with the general fallout but also manage Nomura’s acquisition of the European and Asian arms of the collapsed Lehman Brothers.

That must have been very intense…

It was but even the toughest times present interesting opportunities. During the crisis, I started attending events where bank GCs came together to discuss the myriad issues we were all facing.

At one of these events I met Mark Harding, who at the time was at Barclays. Roll the clock forward a few years and Mark contacted me about a role leading the legal teams supporting Barclays retail banking and Barclaycard businesses.

As I only had experience of investment banking, I was unsure whether the job was for me. However, the opportunity to work for such a large and well-known brand and gain new experience was too good to pass. So after around 22 interviews, in December 2010, I found myself leading a team of roughly 200 Barclays lawyers in London, Europe and the US.

It was an enormous step-up. But thankfully the quality of the team around me and the inherent tangibility of retail banking products meant I was able to find my feet relatively quickly.

I was at Barclays for over seven years. Unfortunately, at the end of that period, my mother had a bad fall and so had to go into a nursing home – something she absolutely did not want to do.

Needless to say, dealing with this as well as a very hectic day job was tough. After much thought, my wife and I agreed we would both benefit from taking a break to recharge our batteries.

What did you end up doing?

Well, a few years before this, we had bought a house in a village called Franschhoek in the Western Cape of South Africa (ultimately with a view to splitting our time between the UK and South Africa when we eventually retire).

One of the people who had shown us properties was an English guy called Doug Gurr who, along with an American friend Dave Riordan, had started a charitable early learning centre for kids living in a large informal settlement nearby.

Called the Kusasa Project (Kusasa being a Xhosa word that roughly translates as ‘a sunny tomorrow’), the school had started in some old shipping containers. But by the time Claire and I got to know it, it had raised enough money to a create a purpose-built school for roughly 130 kids. 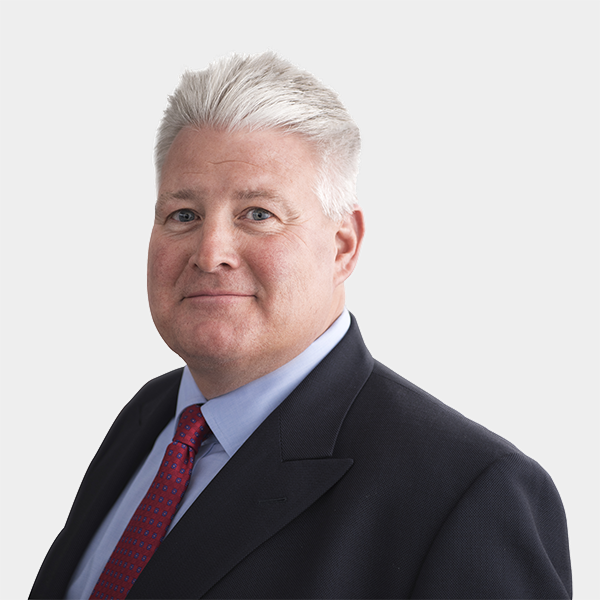 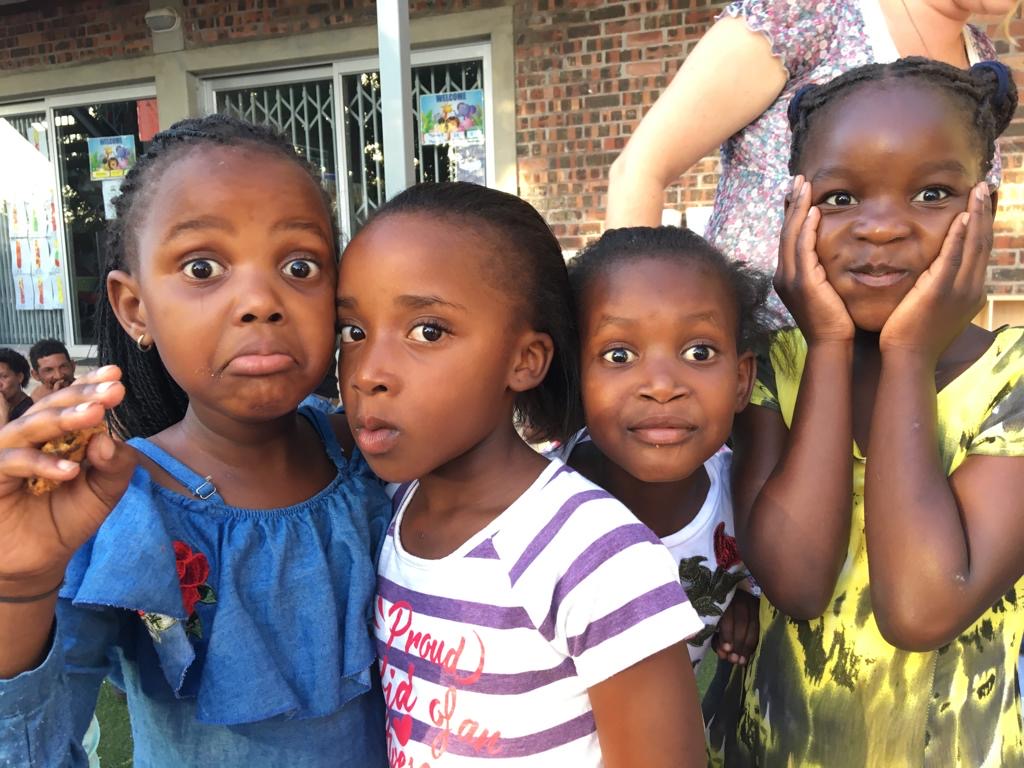 Claire and I were blown away by how much it was helping the children. The Kusasa Project primarily teaches the kids in English to give them language skills that will serve them well in securing future employment. It is built on the principle that, if you can inspire a kid to connect with learning early, they have much better life chances.

So we asked the Kusasa Project if we could help out – and wonderfully they said ‘yes’! Neither of us were trained teachers so we simply fell back on what we knew. I’d been a keen drummer since university, so held drum circles using a little drum kit and loads of plastic buckets and drumsticks.

I also used to play rugby and Claire was an extremely accomplished triathlete, so between us we ran a lot of the twice-weekly sports classes with the kids. We did football, rugby, rounders, athletics and cricket – it was absolute chaos! We did some more sedate activities too, like reading to the younger kids in our ‘funny accents’.

It was all hugely rewarding and exhausting in equal measure – our year there simply flew by.

How are the children getting along?

Most of the pupils go on to Franschhoek’s high school, with the last three head boys/girls all being former Kusasa pupils.

Claire and I also spent time with another extraordinary Kusasa alumnus called Sibuthe, who is now in his third year reading law at one of the top universities in the Cape.

Another former Kusasa pupil has recently been accepted on the graduate scheme with one of the big four accountancy firms in South Africa.

So the proof points are all around. And yet the most touching moment came when, towards the end of our year, we were at one of the amazing local restaurants being served by a wonderful young lady called Nollie. We mentioned to her that we were at the Kusasa Project and Nollie started to cry. She had been a pupil there herself and was just so grateful for the chance it had given her to pursue a life that would otherwise have been out of reach. It was a humbling moment.

But now you’re back in the UK

Yes, we are. Our year in South Africa ended in March 2018. On our return, I joined the Nationwide Building Society as general counsel and society secretary and am really enjoying working for an organisation with values that very much coincide with my own. I am also now a trustee of the UK charity that raises funds for the Kusasa Project. Claire is general counsel with Capita.

The year with the Kusasa Project was humbling, fun, hilarious and sad. The kids have nothing but really want to learn. They taught me a lot about perspective – I can only hope they got something out of me in return.

As for me personally, I used to fear retirement but now have a good sense of what I want to do when I get there. I also learned to embrace stepping into the unknown.

We would encourage anyone who feels they need a different perspective on life to give something like this a go.

The Kusasa Project is a charitable foundation that relies on financial donations to continue operating. If you wish to contribute, please visit the school’s website.