Alumna Aziza Atta ‘fell into’ a training contract with Freshfields. Now living with her family in Ghana, she is the CEO of Ozoza Lifestyle, an online shop providing a global platform for artisans all over Africa and supporting developmental projects.

I didn’t take the conventional journey from law school to law firm. After law school, I went to Guatemala for a year to work with an NGO on a literacy programme for Mayan Indians in the Rio Dulce area. I have always loved Central America, as I spent many years of my childhood there when my father was with the Nigerian foreign service. I was then headhunted by a community development programme in Nigeria to conduct vocational training for youths in the Niger delta. They were looking for someone with experience of working in the field. It was there that I realised that I really liked working in developing countries, doing developmental projects and working at the grass-roots level – that was my passion.

I came back to England in between developmental projects. I ended up temping at Freshfields but didn’t apply for a training contract because the firm received so many applications. I later took a paralegal role with a US firm. Only then did I apply to Freshfields. They wanted someone with my background, multiple languages and experience in developing countries. So I got the training contract!

I didn’t expect to end up in the City because I preferred developmental projects. But I said to myself: ‘Look, you've never worked in the City, there are really experienced people there and they train you like nowhere else’. The work I’ve done since being at Freshfields has really profited from the training I received there, from the skills I learnt to the professional attitude – the fact that if you've got obstacles, you need to just roll with it and think outside the box in order to overcome them.

I had such a wonderful time with Freshfields’ project finance team. I joined the firm in 2001 and worked with some fabulous partners – predominantly Alex Carver who was my mentor when I qualified into the project finance team. We had about nine trainees who qualified into that team, including Will Breeze and Alex Crowe. It was great. Everybody was very good at their job but also really friendly. We had our late nights and we really supported each other too. I also loved the fact that it was so international and diverse.

After leaving the firm in 2004, I took a break to study film in New York and work on a few documentaries in London. From childhood to my postgraduate years, I was really involved in drama and the arts. It was something I had a desire to go back to so I worked as a specialist researcher on some Channel 4 documentaries, did a script writing course in London and a film-making course in New York before coming back to England. I then worked in the banking team of another law firm for a few years before getting married and moving to Munich.

I lived in Germany for two years, where I set up my own consultancy company. We then moved to Nigeria, where I worked on a number of developmental projects, such as the Home Grown School Feeding programme in Kano, which seeks to increase literacy rates by providing free meals at schools. I particularly enjoyed script writing for BBC Media Action in Abuja on their Nebor my Nebor radio drama series, which seeks to reduce infant mortality and is broadcast nationwide. After that, we moved to Accra in Ghana and that’s where I set up my online shop.

The best part of my job is working with artisans. I like dealing with people on the ground. They love their work, take it seriously and find it really empowering, especially the women. Running this business has created a lot of memorable moments, from the success of the launch party to the moment the online international payment system actually worked. But the big moment was getting an order from someone in the United States – someone who wasn’t a friend, an acquaintance or a family member. A complete stranger across the Atlantic ordered from a small start-up in west Africa, got it shipped over and was happy with it. That was the ‘wow’ moment for me! 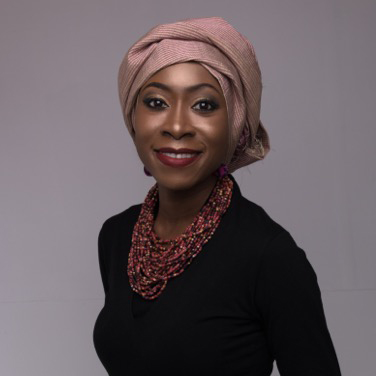